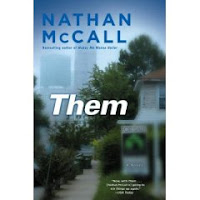 You get what is happening in many neighborhoods across the U.S. Gentrification. Dissonance. Feeling imposed on. A 2007 version of colonialism.

You also get a new novel, Them, by Nathan McCall, a story of ethnicity and gentrification told by a black, working class man named Barlowe, who watches his longtime neighborhood changing. What used to be affordable, but not hot property, soon becomes overpriced and trendy. Gradually changes from mostly black, to solidly white.

In the words of Barlowe's elderly neighbor, "They comin'."

definitely picking this one up. thanks.