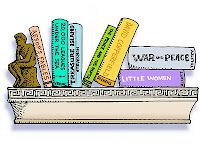 The Promising Series is the only reading series in Los Angeles that exclusively features Gay, Lesbian, Bisexual, and Transgender writers. A goal for the series is to celebrate established writers and introduce the next generation of writers that will explore the GLBT experience.

“The Promising Series has attracted a standing room only crowd,” said series coordinator Noël Alumit. “And the people coming aren’t necessarily gay or lesbian. They come because the work presented is awesome.”

The November 7th reading will feature:

Terry Wolverton is the author of six books: Embers, a novel-in-poems; Insurgent Muse: life and art at the Woman's Building, a memoir, Bailey's Beads, a novel; and three collections of poetry: Black Slip, Mystery Bruise and Shadow and Praise. A new novel, The Labrys Reunion, will be published in 2008. She has also edited fourteen literary anthologies, including Mischief, Caprice, and Other Poetic Strategies. She is the founder of Writers At Work, a creative writing center in Los Angeles, where she teaches fiction, creative nonfiction, and poetry.

Don Cummings is a playwright, essayist and blogger. His critically acclaimed plays have been produced in such venues as Soho Rep, Ensemble Studio Theatre, Turnip Theatre Festival, Lake Ontario Playhouse, on the east coast; HBO Workspace, Theater/Theatre, West Coast Ensemble, The New Theatre, The Moving Arts Theatre, The Tamarind Theatre, The Powerhouse Theatre on the west coast. Titles include The Fat of the Land, American Air, What Do Men Live By?, Stark, Raving, Mad, The Winner and A Good Smoke.

Carlos Cabrera was born and raised in Los Angeles. He holds a BA in English from UCLA and will start an MFA program in poetry at Cornell University in 2008. His first book of poems, The Peacock's Song: A Poem in Seventeen Syllables, will be published in early 2008. He lives in West Los Angeles with Dorian, his suspiciously intelligent three-year-old cat.

Collins Carter has two selves—a former and a current. The former self was a stand-up comedienne for ten years, an actress and a morning show host for an alternative radio station. The current self chooses to express herself solely through her pen and pad. She is working on a collection of short stories and preparing her novel, Eating the Apple, for publication. Her body resides in Los Angeles, but her mind lives anywhere it desires.

Noël Alumit wrote the novels Letters to Montgomery Clift and Talking to the Moon. He wrote and performed the solos shows The Rice Room: Scenes from a Bar and Master of the (Miss) Universe. www.thelastnoel.blogspot.com

Hey, thanks for the support. See you there in February.