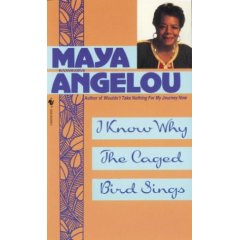 That's because books such as Alice Walker's The Color Purple, Isabel Allende's The House of Spirits, or Maya Angelou's I Know Why The Caged Bird Sings, are banned (or challenged -- you choose the wording) in some school districts or municipalities in the U.S.

These books are on the most frequently challenged books by writers of color, a list developed by the American Library Association. There are hundreds of books that are banned or challenged... i.e. not allowed to be taught or read in schools or libraries.

This week is Banned Books Week, September 23 - 30, 2006, and the ALA uses this week to celebrate the written work, intellectual freedom, and the exchange and study of ideas.

Wow, ideas. The thing that Hollywood, artists, and university types get criticized for by conservatives.
fs
Posted by Frederick Smith at 9:22 PM