For The Love Of Dolly 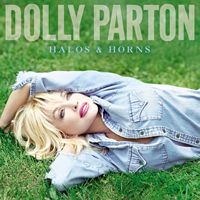 Saw the best documentary yesterday during Outfest. For The Love Of Dolly.

A documentary following the ardent fans of Dolly Parton, one of my faves. Her ardent fans... devote a lot of time, money, and energy to catch a glimpse of or get a note to Dolly Parton. I'm a fan, but I just buy the CDs.

Now I've been and am a fan of many folks because of their creativity, work, cuteness, athletic ability, whatever. But I'm not ardent. A blog entry here or there, an admiration from afar, whatever. But I don't ever feel like the folks I am a fan of owe me any kind of personal attention or response or anything like that.

(Note to public figures or wannabe public figures... change your vehicles often, and do not leave them unlocked. Even in "safe" Tennessee or rural/suburbia. Just a little something I learned from watching the documentary)

Anyway, very cool filmmakers. Very cool documentary. And really cool seeing the cross-section of Dolly fans in the theatre for the film. You might imagine there's a "type" that would be a Dolly fan, but there was a little bit of everyone coming together for the film.

So for the love of Dolly, if you get a chance, check it out in a city near you.
fs
Posted by Frederick Smith at 6:54 AM