No More Country in L.A. 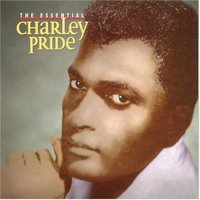 OK. So I'm probably the ONE black guy who listens to country music now and then. Not all of it. And that guy on the left is Charley Pride, the most successful black country music artist of all times.

So every now and then I'd click on KZLA 93.9 in L.A. to hear an occasional song or two that I liked. Until this weekend, when I was greeted with the sound of J-Lo, Madonna, Nelly Furtado, and Black Eyed Peas. I figured it was just a station format change, like stations often do. Though I was a little shocked. It was the only country outlet in L.A.

Well, it WAS an official format switch (L.A. Times story). Again, not a major deal. Demographics are changing in major cities, and country does way better in places like Indiana and Nebraska and South Dakota. That's the theme of the news story.

However, one fan's response to the format change was quite eye-opening, and well just a little not too open-minded. As quoted in the L.A. Times story listed above, after Keith Urban transitioned into Black Eyed Peas, one listener said, "I almost threw up, I was so upset," said longtime KZLA listener and Mission Viejo resident Ruth Rogers, 53. "I think it's racist. This is becoming a nation of minorities... Country music promotes patriotism and family values, and they've replaced it with something that just promotes money and hate."

Uh, well I wouldn't go that far. But it does say a lot about what's really in the minds of some folks.

The good thing is that L.A. residents can still get their share of blues on KKJZ. Blues tells the same kind of stories as country, but with a little more diversity of listeners and artists.

But for the meantime, there's no more country in L.A.
fs
Posted by Frederick Smith at 11:44 AM

You left off Bonnie Rait (how can anyone not love 'I can't make you love me...', and Shania Twain (You've got a way with me is one of my favorite ballads)...

But, I dont tune into country radio. I just pick the artists I like and buy their cds. I couldnt stomach ALL country. I would probably throw up like the listener of pop.

By the way, since when are the black eyed peas about hate and money? I missed that memo. And what about the blonde twin girls who sing hate based country music? I am sad to see the diversity disappear, but I am even sadder about the racist mentality that surfaced in its place.

ohhh I remember those blond girls who talk about "mud people" anyway I digress.

I have to shout out my "cousin" Trini Triggs. He is a person of color who sings country and is quite a looker too. I would of hyperlinked, but I'm too compute illiterate to do so, so google the dude and give him a listen to. The next Charley Pride? We certainly hope so.

Hey Prodigal... How could I forget Miss Shania Twain? Thanks for reminding me. I love that song too... You've Got a Way.

Brown Braided... I checked out Trini Triggs' site. Wowsa! Thanks for the info... and the birthday greeting!
fs