Lessons From A Younger Lover

A couple months ago I told you about author Zuri Day in a blog entry called Body By Night.

Coming next week is her new novel, Lessons From A Younger Lover. I was sold on the novel months ago when I heard the author reading a preview excerpt online. A great reading performance will get you everywhere.

Lessons... focuses on 40-year-old Gwen Smith, a 1st grade teacher, who after a divorce and moves back to California to care for her ailing mother. But while teaching in her new school, she meets and falls for a student's parent... 26-year-old Ransom Blake, despite not wanting to get involved with anyone. Sparks, chemistry, and romance ensue.

I read the author's Body By Knight a couple months ago and enjoyed it. I'm sure Lessons From A Younger Lover will be just as exciting.
fs
Posted by Frederick Smith at 4:45 AM No comments: 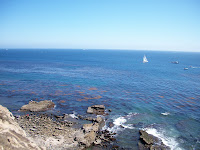 Loved reading this quick story in the L.A. Times about Jackie Collins' favorite spots in L.A.

L.A. is a prominent character in her latest novel, Poor Little Bitch Girl.

Always something new to learn about Los Angeles.
fs
Posted by Frederick Smith at 9:48 AM No comments:

Who can't relate? You're strong. You're fashionable. You're independent. You have opinions and not afraid to share them. You have no problem meeting potential dates, but nothing quite... sticks.

That's what I thought of when I came across the new novel, Feminista, by Erica Kennedy the other day. It's another going in my to-be-read list.

The novel centers on character Sydney Zamora who's got all the characteristics one would want in a personal and professional life, she's empowered in her cultural and feminist views, and she's also fashionable. But the search for the right partner... not so much. And the thirties are ticking along pretty quickly.

Sounds like a lot of people I know... Maybe someone you know?

That could be why you might want to add Feminista to your reading list. And while you're at it, check out Erica Kennedy's first novel, Bling.

Check out a couple online interviews with Erica Kennedy on Six Figure Sisters, Book-Remarks, and The Root.
fs
Posted by Frederick Smith at 2:50 PM No comments:

All Over The Place Friday

It's a furlough Friday in California. Yay! Too bad I can't stay asleep past my regular wake up time. Boo! Won't stop me from having a great weekend. A few good news stories to get us through...

Are you a writer trying to revise that story to get past the slush pile? Check out these 21 tips to get out of the publisher's pile.

For your entertainment, Sunday you gotta watch Sins of the Mother, starring Jill Scott, which is based on the book Orange Mint and Honey by Carleen Brice. I'm predicting Emmy nominations for Jill Scott and the movie this summer.

For your entertainment... Jenifer Lewis's Hot Flash. It's a one-woman show benefitting the L.A. Gay and Lesbian Center. If in L.A., it's a must-see!

Finally, some eye candy... oops, I mean inspiration for a story idea featuring cute 20-something men... Yankees Spring Training. Who knew a NY Yankees hat could take on so many looks. Yum!

That's all for now. Have a great Friday and weekend!
fs
Posted by Frederick Smith at 6:10 AM No comments:

Sins of the Mother

If you're a fan of Jill Scott and her acting, then you will be a fan of a new made-for-tv movie she stars in, Sins of the Mother. It airs on Lifetime Movie Network on Sunday, February 21. Movie trailer here.

If you're a fan of the movie, Sins of the Mother, then you will be a fan of the novel upon which it is based, Orange Mint and Honey, by Carleen Brice.

The gist of the stories... a grad-school age woman, Shay (played by Nicole Beharie), returns home to the mother, Nona (played by Jill Scott), who she remembers as always drunk, hungover, or with a new low-life guy. With time and age, both women have transformed and are coming to terms with who they are today.

It's always exciting to hear of writers getting their projects optioned by production companies. It's extra exciting to see those options turning into a real film project. And even more nice to see someone who is so supportive of other authors and who raises awareness of the issues of black authors on sites: PJ Gardner and White Readers/Black Authors.

So I hope you'll find time to support the film and the book.
fs
Posted by Frederick Smith at 8:30 PM 1 comment:

Etiquette is important everywhere, but I don't think people get schooled on what to do/not do at book club meetings... or book signings.

So I just LOVED author Mat Johnson's YouTube video rant on book club etiquette. Watch it and let me know what you think...

My main pet peeve... don't give away endings or spoilers in public readings/forums. It just ruins the experience for everyone.
fs
Posted by Frederick Smith at 4:57 PM No comments:

Getting The Book Trailer Thing

I never really got the whole book trailer thing... i.e. putting together a 20 or 30 second film preview of books... until I got a link to the trailer for Jackie Collins' new novel, Poor Little Bitch Girl.

I can now see how book trailers are effective... and think it can reel in new readers, especially those who are more visual and/or have quick attention spans.
fs
Posted by Frederick Smith at 1:27 PM No comments:

The Promising Series is a reading series that celebrates Lesbian, Gay, Bisexual, and Transgender writers. If you're in L.A., you'll want to stop by Skylight Books tonight (Friday, February 5) at 7:30 pm for the event.

The first Promising of the year will launch Fifty Gay and Lesbian Books You Must Read, an anthology that “contains fifty succinct essays by critics, public figures, and authors. They illuminate works by fifty men and women that everybody should read.”

In explaining the book, Editor Richard Canning wrote in his introduction, “Fifty diverse authors have each taken a single work of literature and written a brief account of how and why they read it (and, usually, repeatedly reread it), and why others (of any and all sexualities) should do so.”

Some of the writers in the book include Maureen Duffy writing about Sappho’s poems, Christopher Bram writing about Thomas Mann’s Death in Venice, Jonathan Franzen on James Purdy’s Eustace Chisholm and the Works, and Tani Katan on Audre Lorde’s The Cancer Journals.

On February 5th, writers who will read their contributions to Fifty Gay and Lesbian Books You Must Read will be Felice Picano, Fenton Johnson, Matias Viegener and Promising Series Curator Noel Alumit. The reading begins at 7:30pm.
Posted by Frederick Smith at 5:51 AM 1 comment:

So I love, Love, LOVE actress Jenifer Lewis, and so I was excited to learn that she will be doing another one-woman show in the L.A. area in February. Here's a trailer/promo.

Hot Flash will run on Saturday evenings this month at the Renberg Theater at the L.A. Gay and Lesbian Center. Tickets are $25. Show starts at 7:30 pm on show nights. Don't be late... she WILL cuss you out... she admits it in the show ad.

That's no joke. I saw her show, Bipolar, Bath, and Beyond a couple years ago, and whenever latecomers walked into the theater... everything stopped and they faced her wrath for showing up late.

Anyway, should be another great show and if you're in L.A., or planning to be here during February, I'd definitely get a ticket or two.
fs
Posted by Frederick Smith at 2:19 AM No comments: 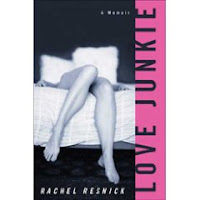 If you know someone who falls for ANYone who looks their way, then Love Junkie by Rachel Resnick may be for them... or you.

A novelist and journalist, Resnick's excruciatingly honest memoir focuses on how a childhood bereft of love brought about her addiction to relationships with really, really bad men.

In the meantime, take the Love Junkie quiz... then head out to your nearest bookstore to pick up a copy of this book.
fs
Posted by Frederick Smith at 5:13 AM No comments: